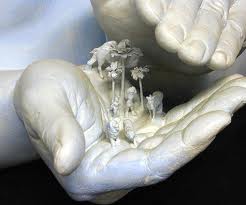 The gift of healing, available only for some?

Some Christians do not believe that the spiritual gifts (such as healing, speaking in tongues, interpreting tongues, etc) are meant for today, and others believe that IF they are still around today they are not to be actively sought but can still be received and accepted if God would one day choose to give a certain believer one or more gifts. The Bible however is clear on that we should be eager to seek the spiritual gifts, and particularly the most important ones. Even if we can be saved without these great tools that God has provided us, they are still important for our Christian life and they provide an extra dimension to our communication with God and each other.

1 Cor. 12:31 But COVET EARNESTLY the best gifts: and yet shew I unto you a more excellent way.

1 Cor. 14:1 Follow after charity, and DESIRE spiritual gifts, but rather that ye may prophesy.2 For he that speaketh in an unknown tongue speaketh not unto men, but unto God: for no man understandeth him; howbeit in the spirit he speaketh mysteries.3 But he that prophesieth speaketh unto men to edification, and exhortation, and comfort.

Not only the first apostles had the ability to transfer the Holy Spirit and/or the spiritual gifts to believers by laying on of hands, and neither is it exclusive to only priests/pastors and elders. All Christians can make use of the spiritual gifts and teach or encourage others to do the same!

But what about Jas. 5:14? Does it not say there that only the elders can heal the sick?

Jas. 5:14 Is any sick among you? let him call for the elders of the church; and let them pray over him, anointing him with oil in the name of the Lord:

Based on Bible Hub, the word “elders” above is a translation from the Greek adjective πρεσβύτερος (presbýteros Strong’s 4245), and when used as a noun it can be applied to an elder of a Christian assembly. It holds the meaning of a mature man (which is usually an old man) having seasoned judgment (experience) and/or a senior in a group. There is also a feminine counterpart which is presbyteras, as in 1 Tim. 5:2 and there is refers to mature/old women. Aged individuals are usually more experienced and wiser than younger ones. Note that the description does not mean that the individual must have a church position or a title, but neither is it an oxymoron that a pastor is also an elder/presbyteros. A church leader should definitely be a wise and mature person, and Paul lists many other qualifications for a church leader/presbyteros in his letters to the Corinthians and in his letter to Titus.

1 Tim. 5:1 Rebuke not an elder, but intreat him as a father; and the younger men as brethren;2 The elder women as mothers; the younger as sisters, with all purity.

If we go back to Jas. 5, it makes sense for the author James to advise believers to go to the elders in the church to get help since they are (supposed to be) wise and mature. During this time they were experienced when it comes to the gift of the Holy Spirit, such as healing. James also says that the prayer of faith shall save the sick, and “the effectual fervent prayer of the righteous man availaeth much”. In order to be a righteous man, he must confess his sins and repent, which is also confirmed in many other verses in the Bible. James clearly says that “pray one for another that you may be healed”, which shows that not only the elders have this ability – but they could certainly lead the way.

We should not erroneously believe that a certain case of healing must be “fake” because we know that the healer (the person with the gift of healing) has not always been theologically correct or perhaps even acted in the wrong way on occasions. Healing is a gift of God but a person’s faith has lots to do with it – both when it comes to the person who heals as well as the person who gets healed. Jesus said on a few occasions “Your faith has healed you”.

Jas. 5:15 And the prayer of FAITH shall save the sick, and the Lord shall raise him up; and if he have committed sins, they shall be forgiven him.16 Confess your faults one to another, and pray one for another, that ye may be healed. The effectual fervent prayer of a righteous man availeth much.

Other interesting verses where the word is used, and which prove that the description is not exclusive to church employees:

Mat. 21:23 And when he was come into the temple, the chief priests and the elders of the people came unto him as he was teaching, and said, By what authority doest thou these things? and who gave thee this authority?

Mark 7:3 For the Pharisees, and all the Jews, except they wash their hands oft, eat not, holding the tradition of the elders.4 And when they come from the market, except they wash, they eat not. And many other things there be, which they have received to hold, as the washing of cups, and pots, brasen vessels, and of tables.5 Then the Pharisees and scribes asked him, Why walk not thy disciples according to the tradition of the elders, but eat bread with unwashen hands?

Luke 7:3 And when he heard of Jesus, he sent unto him the elders of the Jews, beseeching him that he would come and heal his servant.

The prodigal son Luke 15:24 For this my son was dead, and is alive again; he was lost, and is found. And they began to be merry.25 Now his elder son was in the field: and as he came and drew nigh to the house, he heard music and dancing.

The woman about to be stoned John 8:9 And they which heard it, being convicted by their own conscience, went out one by one, beginning at the eldest, even unto the last: and Jesus was left alone, and the woman standing in the midst.10 When Jesus had lifted up himself, and saw none but the woman, he said unto her, Woman, where are those thine accusers? hath no man condemned thee?

Acts 2:17 And it shall come to pass in the last days, saith God, I will pour out of my Spirit upon all flesh: and your sons and your daughters shall prophesy, and your young men shall see visions, and your old men shall dream dreams

Acts 11:29 Then the disciples, every man according to his ability, determined to send relief unto the brethren which dwelt in Judaea:30 Which also they did, and sent it to the elders by the hands of Barnabas and Saul.

Acts 14:22 Confirming the souls of the disciples, and exhorting them to continue in the faith, and that we must through much tribulation enter into the kingdom of God.23 And when they had ordained them elders in every church, and had prayed with fasting, they commended them to the Lord, on whom they believed.

Acts 15:22 Then pleased it the apostles and elders with the whole church, to send chosen men of their own company to Antioch with Paul and Barnabas; namely, Judas surnamed Barsabas and Silas, chief men among the brethren:23 And they wrote letters by them after this manner; The apostles and elders and brethren send greeting unto the brethren which are of the Gentiles in Antioch and Syria and Cilicia.

Acts 24:15 About whom, when I was at Jerusalem, the chief priests and the elders of the Jews informed me, desiring to have judgment against him.

1 Tim. 5:17 Let the elders that rule well be counted worthy of double honour, especially they who labour in the word and doctrine.18 For the scripture saith, thou shalt not muzzle the ox that treadeth out the corn. And, The labourer is worthy of his reward.19 Against an elder receive not an accusation, but before two or three witnesses.

Hebr. 11:1 Now faith is the substance of things hoped for, the evidence of things not seen.2 For by it the elders obtained a good report.3 Through faith we understand that the worlds were framed by the word of God, so that things which are seen were not made of things which do appear.4 By faith Abel offered unto God a more excellent sacrifice than Cain, by which he obtained witness that he was righteous, God testifying of his gifts: and by it he being dead yet speaketh.

1 Pet. 5:1 The elders which are among you I exhort, who am also an elder, and a witness of the sufferings of Christ, and also a partaker of the glory that shall be revealed:— 5 Likewise, ye younger, submit yourselves unto the elder. Yea, all of you be subject one to another, and be clothed with humility: for God resisteth the proud, and giveth grace to the humble.

Rev. 4:4 And round about the throne were four and twenty seats: and upon the seats I saw four and twenty elders sitting, clothed in white raiment; and they had on their heads crowns of gold.

It makes sense that the word presbyteros ended up being gradually used interchangeably with a pastor/church leader, because the wisest and more experienced Christian men were often also appointed church leaders.

Here is Torben speaking about the gift of healing and he is also touching on the subject of presbyteros.