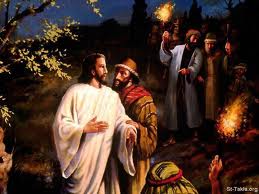 Judas acted against God’s will when he betrayed Jesus

The kings of the earth stood up, and the rulers were gathered together against the Lord, and against his Christ. For of a truth against thy holy child Jesus, whom thou hast anointed, both Herod, and Pontius Pilate, with the Gentiles, and the people of Israel, were gathered together, For to do whatsoever thy hand and thy counsel DETERMINED BEFORE to be done. (Acts 4:26-28)

The above are words from a prayer by Peter and John, and these verses are sometimes used as an attempt to support the idea that God predestines all things, including predestination of individuals to do ”evil” (and that this in effect doesn’t make it ”evil” since God is always good). The sacrifice of Christ is a holy and acceptable offering to God and he didn’t force anyone to kill Jesus. This unique event cannot be used as a blanket statement throughout the entire scriptures to show that God causes people to do whatever they are busy doing including SINNING.

What was ”determined before” to be done? It was the death of Jesus (the Lamb slain from the foundation of the world)! However, it does not say that God predestined anyone to make this goal come true. Peter and John expressed in their prayer that people came to do what was determined, but  it doesn’t say that God predestined/caused/forced anyone to betray and kill Jesus, because then God would be the only reason for their sin.  (You’re not guilty of something if God is the one who made you do it.) Jesus is said to have laid down his own life and we can trust his words. There was certainly no shortage of people who wanted to kill Jesus, so God did not have to bother about predestining anyone to harm him. They went after Jesus on their own accord, and this was known from the foundation of the world. It wouldn’t be hard for the Father to remove his protective hands over Jesus and let someone with the desire to kill him be successful in his attempt, and Judas was  apparently first in line to betray him which eventually lead to his death. If Judas was predestined to betray Jesus, he would end up in heaven and not hell.

We can read that what happened was FOREKNOWN by God, but foreknowledge is not predestination. We can read that WICKED HANDS had crucified and slayed Jesus. If God predestined people to slay Jesus, then it would have been GODLY hands who slayed him. Those are wicked who do things contrary to God’s will.  By using an event for something good doesn’t mean that God caused it to happen.

Acts 2:23 Him, being delivered by the determinate counsel and FOREKNOWLEDGE of God, YE have taken, and BY WICKED HANDS have crucified and slain?

We can see that it was not GOD who placed the desire to harm Jesus inside Judas but SATAN.

Joh. 13:2 And supper being ended, the devil having now put into the heart of Judas Iscariot, Simon’s son, to betray him

Jesus asked his Father to forgive those who harmed him, but if they were predestined to do so, then what is there to forgive? Why asking the Father to forgive people for doing exactly what he caused them to do?! If Judas OBEYED the Father by betraying Jesus which he was CAUSED to do, then shouldn’t Judas be rewarded instead of punished for what he did? Instead we can read that it would have been better for Judas had he never been born.

Luke 23:34 Then said Jesus, Father, forgive them; for they know not what they do. And they parted his raiment, and cast lots

Jesus was delivered into the hands of SINFUL men, so we are not talking about innocent people who only did what they were predestined to do by God. THEY chose to sin, and we know that God doesn’t even TEMPT people. Much less force people to sin.  There is no darkness in God.

Lukas 24:7Saying, The Son of man must be delivered into the hands of sinful men, and be crucified, and the third day rise again.

God determined to deliver Jesus unto wicked men and God foreknew what they would do to Jesus if He did. This is because the Father knew the hostility and hatred that was already freely in their hearts. God was able to incorporate their voluntary wickedness into His plans and even turn it around and use it for good. This, it seems, God also did with Joseph’s brothers (Gen. 50:20). But this does not mean that God caused their wickedness. It is one thing to say that God ”worketh all things after the counsel of his own will” (Eph. 1:11), and it is quite another thing to say, ”God CAUSES all things after the counsel of his own will”. God can work with the free will choices of men to accomplish His purposes without causing all the choices of men.

Pilate said, ”I have power to crucify thee, and have power to release thee” (Jn. 19:10). Pilate certainly was conscious of possessing free will. He was aware of the fact that what he was doing, he was doing by his own free volition. Responsibility or accountability presupposes free will. Men will be judged according to the free choices of their wills. Since these men were responsible for taking Jesus and for killing him, though God had determined that Jesus should be delivered unto them and slain, they still took Him and killed him by their own free choice. The Bible goes on to say

”Therefore let all the house of Israel know assuredly, that God hath made that same Jesus, whom ye have crucified, both Lord and Christ. Now when they heard this, they were pricked in their hearts, and said unto Peter and to the rest of the apostles, men and brethren, what shall we do? (Acts 2:36-37)

Apparently, Peter’s audience had not taken his previous words about the determinate counsel of God to mean that they had no free will in the matter or that they were only acting under the control of God. Otherwise, they could not have been pricked in their hearts for their action or have seen any reason why they needed to be saved for acting in such a way. But they were pricked in their hearts and sought for a way of salvation because they internally knew that what they had done was caused freely by their own wills and, therefore, they were rightly responsible and accountable for it.