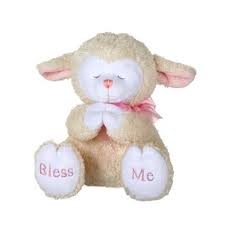 Jude 1:24 Now unto him that is able to keep you from falling, and to present you faultless before the presence of his glory with exceeding joy

Unfortunately this verse is sometimes understood as a promise that if we only believe in Jesus, he will present us as faultless without conditions or requirements on our part. But the verse doesn’t say we christians will be presented faultless unconditionally! Jude is writing to sanctified christians, and as such Jesus can indeed present them faultless before the Father because they ARE. They are faultless because they have repented for their sins and been cleansed in the blood of Jesus, and that means they have no more sins on their account and THAT is the reason for their righteousness and lack of faults. Of course, if they sin yet again they are no longer faultless and will NOT be presented as faultless. ONLY if they truly repent of their sins. There is NO WAY that God would present SINNERS as faultless – and ”sinners” are those who sin whether they are non-believers or believers. Sins  always separate us from him because God is HOLY. So God is ABLE to present us faultless – under CONDITIONS – but the question is if we are WILLING? What else does the same chapter tell us?

They are preserved if they are IN JESUS CHRIST. Compare with John 15 where we are told to remain in the vine (Jesus) or else we cannot bear fruit and we will be cut off.

3 Beloved, when I gave all diligence to write unto you of the common salvation, it was needful for me to write unto you, and exhort you that ye should earnestly contend for the faith which was once delivered unto the saints.4 For there are certain men crept in unawares, who were before of old ordained to this condemnation, ungodly men, turning the grace of our God into lasciviousness, and denying the only Lord God, and our Lord Jesus Christ.

Here Jude is talking about something very serious. Jude was going to write about ”the common salvation” but he felt the need to use his letter to exhort the saints to earnestly contend for the faith. And why this need? This is because certain men had sneaked in among them, turning the GRACE of God into ”lasciviousness”. We could rephrase this as the teaching of A LICENSE TO SIN by misusing the grace of God as means to cover up sins whenever needed. There are several ways to teach a license to sin because the devil is very crafty, and he will often make use of preachers who mix truth with lies. That is why we don’t always recognize their falsehood and why we don’t realize they have sneaked in among us. Sooner or later we might start to adapt to their teachings and when we have been deceived ourselves, we are at risk to continue spreading falsehood also to others. If we deny the ability of the Holy Spirit to help us be victorious over sin, it’s like denying the power of God. The Bible warns us to not be deceived! It’s of course true that pastors/preachers are mere men who also make mistakes and need to learn, but many of them have completely closed their ears and refuse to be corrected by scripture. Here are some examples of what such dangerous men might teach us to make us comfortable in our sins:

If a pastor in an average church would stand in his pulpit and start to preach a sermon based on the above list, listeners would soon react and sooner or later raise up their voices and protest. Preachers wouldn’t be able to ”sneak in among us” if they were too OPEN about their real views about sin (and that sin doesn’t lead to death) because they would be thrown out. Preachers can only sneak in if they for the most part preach LOADS OF TRUTHS! Popular preachers who preach 90% truth and 10% falsehood can be the most dangerous ones since we are not on our guard when we hear so much truth, and it might be hard to detect the dangerous doctrines that pop up here and there. I have never heard a pastor saying ”God doesn’t mind if you sin”. All pastors I’ve listened to have declared (at least openly) that God does NOT like when we sin and they preach against sin, but sometimes they do this only with one side of their mouth. With the other side of their mouth they might encourage sin by sugar coating their message, and they might do so by using one or more of the statements in the above list. If they for example teach you that you are imputed with JESUS righteousness, then the only result is that you ARE free of sin even if you DO sin. So even if the same pastor WARNS about sin, he can at the same time ENCOURAGE sin by what he says in between the lines. Be careful!

If you sit in a church and listen to a pastor who teach one or more of these false doctrines, I’m not saying that the only right way is to take your coat and run to the exit as fast as you can. If we were to leave a church as soon as a falsehood was presented, we would likely end up being home alone and never get together with an assembly of christians – leading to a lonely christian life. Jesus, Paul etc didn’t act in that way, but they went to the synagogues and spoke to people wherever they had the opportunity. Sometimes they were thrown out and sometimes they were accepted. You wouldn’t be endorsing a false teaching just for visiting a christian assembly who is gathered in a building. Just because the pastor sometimes throws in some falsehood doesn’t mean that the entire christian assembly agrees with him and is a crowd to avoid altogether. Instead of looking for the perfect church, it’s best to attend the best church available. But we must be strong in our faith and not be easily moved with every wind of doctrine that blows. I too have believed in some of those false teachings on the above list, and of course I would have preferred if someone took the time to explain my errors instead of labeling me an heretic, rebuking me and leaving me behind with my misconceptions. I have of course never held the office of a pastor (who will be judged more severely due to their responsibility) but if we love each other we help each other out instead of running away.

5 I will therefore put you in remembrance, though ye once knew this, how that the Lord, having saved the people out of the land of Egypt, afterward destroyed them that believed not.6 And the angels which kept not their first estate, but left their own habitation, he hath reserved in everlasting chains under darkness unto the judgment of the great day.7 Even as Sodom and Gomorrha, and the cities about them in like manner, giving themselves over to fornication, and going after strange flesh, are set forth for an example, suffering the vengeance of eternal fire.8 Likewise also these filthy dreamers defile the flesh, despise dominion, and speak evil of dignities.

Jude is speaking heavily against ”once saved always saved”. The angels were once safe in their heaven but 1/3 of them fell together with Satan and lost their first estate. The men in Sodom and Gomorrha gave themselves over to fornication (clearly against God’s will) which lead to their damnation. Bad choice.

9 Yet Michael the archangel, when contending with the devil he disputed about the body of Moses, durst not bring against him a railing accusation, but said, The Lord rebuke thee.

This is actually support for that it’s not always right to use name callings and/or ad hominem attacks when speaking to people who disagree with you.

10 But these speak evil of those things which they know not: but what they know naturally, as brute beasts, in those things they corrupt themselves.11 Woe unto them! for they have gone in the way of Cain, and ran greedily after the error of Balaam for reward, and perished in the gainsaying of Core.12 These are spots in your feasts of charity, when they feast with you, feeding themselves without fear: clouds they are without water, carried about of winds; trees whose fruit withereth, without fruit, twice dead, plucked up by the roots;

They speak EVIL of things which apparently are not evil (like holiness?), and they corrupt themselves. (Meaning they were not corrupted to start with.) It’s always a risk to end up in error if we seek rewards and admiration from people. The people who Jude warns about are apparently sometimes in our midst when it comes to our charity work, but they are clouds without water. Their fruit WITHERED which means they had fruit to start with or else it could not wither, and they were twice dead.

14 And Enoch also, the seventh from Adam, prophesied of these, saying, Behold, the Lord cometh with ten thousands of his saints,15 To execute judgment upon all, and to convince all that are ungodly among them of all their ungodly deeds which they have ungodly committed, and of all their hard speeches which ungodly sinners have spoken against him.16 These are murmurers, complainers, walking after their own lusts; and their mouth speaketh great swelling words, having men’s persons in admiration because of advantage.

It’s interesting that Enoch is confirmed as the 7th from Adam because that doesn’t give room for any more generations between Adam and Enoch. (An interesting fact which confirms that we can trust the genealogy lists in the Bible and provides support for a young earth.) The Lord comes to execute judgment on all ungodliness and that includes also christians who are engaged in sin. These sinners are explained to speak great swelling words and they flatter those individuals that could be to their benefit.

17 But, beloved, remember ye the words which were spoken before of the apostles of our Lord Jesus Christ;18 How that they told you there should be mockers in the last time, who should walk after their own ungodly lusts.19 These be they who separate themselves, sensual, having not the Spirit.20 But ye, beloved, building up yourselves on your most holy faith, praying in the Holy Ghost,21 Keep yourselves in the love of God, looking for the mercy of our Lord Jesus Christ unto eternal life.

Jude hopes the saints will remember the words from the apostles about the scenario in the end of times (when there will be ungodly men walking after their ungodly lusts). Jude asks the saints to ”KEEP YOURSELVES in the love of God”, for instance by not acting in the same way, and by doing so they can get eternal life.

22 And of some have compassion, making a difference:23 And others save with fear, pulling them out of the fire; hating even the garment spotted by the flesh.

The saints (all of us christians) are told to have compassion on some who are doubting (a missing piece of information in the KJV Bible) and we can make a difference by snatching people out of the fire even though they were heading that way!