King David was a man of God’s own heart, but this is a general description of him, and doesn’t mean that he never did anything that was evil in God’s eyes. God is not a respecter of persons. He doesn’t have different rules for different people – not even if your name is King David. Will unrepentant murderers, adulterers, idolators and liars enter heaven? Clearly not, so this means that King David lost his salvation (or rather; he was spiritually lost and dead) during his year in sin.  What King David did to Uriah (he MURDERED him) was EVIL.

1 Kings 15:5 Because David did that which was right in the eyes of the LORD, and turned not aside from any thing that he commanded him all the days of his life, SAVE ONLY in the matter of Uriah the Hittite.

King David lived under the Old Testament, but murderers were considered evil also during this time. What did Ezekiel say about righteous people (much like David) who chose to sin? They would DIE for it (spiritually).

Eze:3311Say unto them, As I live, saith the Lord GOD, I have no pleasure in the death of the wicked; but that the wicked turn from his way and live: turn ye, turn ye from your evil ways; for why will ye die, O house of Israel? 12Therefore, thou son of man, say unto the children of thy people, The righteousness of the righteous shall not deliver him in the day of his transgression: as for the wickedness of the wicked, he shall not fall thereby in the day that he turneth from his wickedness; neither shall the righteous be able to live for his righteousness in the day that he sinneth. 13When I shall say to the righteous, that he shall surely live; if he trust to his own righteousness, and commit iniquity, all his righteousnesses shall not be remembered; but for his iniquity that he hath committed, HE SHALL DIE FOR IT. 14Again, when I say unto the wicked, Thou shalt surely die; if he turn from his sin, and do that which is lawful and right; 15If the wicked restore the pledge, give again that he had robbed, walk in the statutes of life, without committing iniquity; he shall surely live, he shall not die. 16None of his sins that he hath committed shall be mentioned unto him: he hath done that which is lawful and right; he shall surely live. 17Yet the children of thy people say, The way of the Lord is not equal: but as for them, their way is not equal. 18When the righteous turneth from his righteousness, and committeth iniquity, he shall even die thereby. 19But if the wicked turn from his wickedness, and do that which is lawful and right, he shall live thereby

Ezekiel 3: 20Again, When a righteous man doth turn from his righteousness, and commit iniquity, and I lay a stumbling-block before him, he shall die: because thou hast not given him warning, he shall die in his sin, and his righteousness which he hath done shall not be remembered; but his blood will I require at thine hand. 21Nevertheless if thou warn the righteous man, that the righteous sin not, and he doth not sin, he shall surely live, because he is warned; also thou hast delivered thy soul.

Luckily King David REPENTED and restored his salvation thanks to this. But it took him about a year – the entire duration of Bathsheba’s pregnancy.

2 Sam. 12: 1And the LORD sent Nathan unto David. And he came unto him, and said unto him, There were two men in one city; the one rich, and the other poor.2The rich man had exceeding many flocks and herds: 3But the poor man had nothing, save one little ewe lamb, which he had bought and nourished up: and it grew up together with him, and with his children; it did eat of his own meat, and drank of his own cup, and lay in his bosom, and was unto him as a daughter. 4And there came a traveller unto the rich man, and he spared to take of his own flock and of his own herd, to dress for the wayfaring man that was come unto him; but took the poor man’s lamb, and dressed it for the man that was come to him. 5And David’s anger was greatly kindled against the man; and he said to Nathan, As the LORD liveth, the man that hath done this thing shall surely die: 6And he shall restore the lamb fourfold, because he did this thing, and because he had no pity. 7And Nathan said to David, Thou art the man. Thus saith the LORD God of Israel, I anointed thee king over Israel, and I delivered thee out of the hand of Saul; —9Wherefore hast thou despised the commandment of the LORD, to do evil in his sight? thou hast killed Uriah the hittite with the sword, and hast taken his wife to be thy wife, and hast slain him with the sword of the children of Ammon. —12For thou didst it secretly: but I will do this thing before all Israel, and before the sun. 13And David said unto Nathan, I have sinned against the LORD. And Nathan said unto David, The LORD also hath put away thy sin; thou shalt not die. 14Howbeit, because by this deed thou hast given great occasion to the enemies of the LORD to blaspheme, the child also that is born unto thee shall surely die.

Can unrepentant murderers enter the Kingdom of God? Not a chance.

1 John 3:15 Whosoever hateth his brother is a murderer: and ye know that NO MURDERER HATH ETERNAL LIFE ABIDING IN HIM

Luke 15:24 For this son of mine was dead and is alive AGAIN; he was lost and is found. So they began to celebrate. 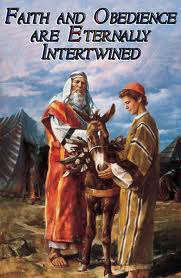 But that you may not have a pretext for saying that Christ must have been crucified, and that those who transgressed must have been among your nation, and that the matter could not have been otherwise, I said briefly by anticipation, that God, wishing men and angels to follow His will, resolved to create them free to do righteousness; possessing reason, that they may know by whom they are created, and through whom they, not existing formerly, do now exist; and with a law that they should be judged by Him, if they do anything contrary to right reason: and of ourselves we, men and angels, shall be convicted of having acted sinfully, unless we repent beforehand. But if the word of God foretells that some angels and men shall be certainly punished, it did so because it foreknew that they would be unchangeably [wicked], but not because God had created them so. So that if they repent, all who wish for it can obtain mercy from God: and the Scripture foretells that they shall be blessed, saying, ‘Blessed is the man to whom the Lord imputeth not sin;’ that is, having repented of his sins, that he may receive remission of them from God; and not as you deceive yourselves, and some others who resemble you in this, who say, that even though they be sinners, but know God, the Lord will not impute sin to them. We have as proof of this the one fall of David, which happened through his boasting, which was forgiven then when he so mourned and wept, as it is written. But if even to such a man no remission was granted before repentance, and only when this great king, and anointed one, and prophet, mourned and conducted himself so, how can the impure and utterly abandoned, if they weep not, and mourn not, and repent not, entertain the hope that the Lord will not impute to them sin? And this one fall of David, in the matter of Uriah’s wife, proves, sirs,” I said, ”that the patriarchs had many wives, not to commit fornication, but that a certain dispensation and all mysteries might be accomplished by them; since, if it were allowable to take any wife, or as many wives as one chooses, and how he chooses, which the men of your nation do over all the earth, wherever they sojourn, or wherever they have been sent, taking women under the name of marriage, much more would David have been permitted to do this.