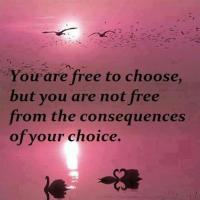 1 Cor. 15:22 For as in Adam ALL die, even so in Christ shall ALL be made alive.23 But every man in his own order: Christ the firstfruits; afterward they that are Christ’s at his coming.

The context of 1 Cor. 15:22 makes it clear that the subject is the RESURRECTION. If ALL die in Adam, then the very same ALL will be made alive in Christ. However, ALL people will naturally not be saved as in universalism, and that’s why some people prefer to read this verse as though it says “As in Adam ALL die, even so in Christ SOME shall be made alive”. In reality we shouldn’t change the wordings in this verse but keep it just as it is – but instead understand it right. We die physically due to Adam because he brought the very first sin into this world which resulted in the severe consequence that we can’t reach the tree of life due to him. We are related to Adam, we choose to sin like him (but certainly not of necessity) and we are heading for physical death whether we want to or not – and that actually includes Jesus who is also related to Adam. Jesus has the power of the whole Universe, and we will all one day be resurrected and judged before his throne. All people will therefore have to go through physical death due to Adam, regardless of how they have lived their lives, and the same ALL people will have to go through the resurrection and stand before the judgment seat, regardless how they have lived their lives. Only those who have endured to the end, by living in the light of Jesus, will thereafter inherit the kingdom of God and live eternally with the Lamb. The verse says that we die due to Adam, but it certainly doesn’t say that we have inherited his sin or that we are born in sin. I still believe that all who can sin have chosen to sin – just like Adam. That’s why we die spiritually and physically.

Hebr. 5:9 And being made perfect, he became the author of eternal salvation unto all them that obey him

1 Corinthians concerns the resurrection of the BODY, and Paul gives particular details concerning the fate of the believers – because he wants to give them hope and confirmation about what is going to happen in the future.

1 Cor. 15:15 Yea, and we are found false witnesses of God; because we have testified of God that he raised up Christ: whom he raised not up, if so be that the dead rise not.16 For if the dead rise not, then is not Christ raised:17 And if Christ be not raised, your faith is vain; ye are yet in your sins.18 Then they also which are fallen asleep in Christ are perished.19 If in this life only we have hope in Christ, we are of all men most miserable.20 But now is Christ risen from the dead, and become the firstfruits of them that slept.21 For since by man came death, by man came also the resurrection of the dead.22 For as in Adam all die, even so in Christ shall all be made alive.23 But every man in his own order: Christ the firstfruits; afterward they that are Christ’s at his coming.24 Then cometh the end, when he shall have delivered up the kingdom to God, even the Father; when he shall have put down all rule and all authority and power.

The resurrection applies to both good and evil. We shall ALL be resurrected, but the question is if it’s going to be to eternal life or eternal damnation.

2 Cor. 5:10 For we must all appear before the judgment seat of Christ; that every one may receive the things done in his body, according to that he hath done, whether it be good or bad. Acts 24:15 And have hope toward God, which they themselves also allow, that there shall be a resurrection of the dead, both of the just and unjust. Acts 4:2 Being grieved that they taught the people, and preached through Jesus the resurrection from the dead.

We don’t have access to the tree of life, and that’s actually something to be pleased about now when Adam opened up the can of worms, because who would like to live eternally on this particular planet which is so much affected by decay and much pain?

Gen. 3:22 And the Lord God said, Behold, the man is become as one of us, to know good and evil: and now, lest he put forth his hand, and take also of the tree of life, and eat, and live for ever:23 Therefore the Lord God sent him forth from the garden of Eden, to till the ground from whence he was taken.24 So he drove out the man; and he placed at the east of the garden of Eden Cherubims, and a flaming sword which turned every way, to keep the way of the tree of life.

Rev. 2:7 He that hath an ear, let him hear what the Spirit saith unto the churches; To him that overcometh will I give to eat of the tree of life, which is in the midst of the paradise of God.

Rev. 22:1 And he shewed me a pure river of water of life, clear as crystal, proceeding out of the throne of God and of the Lamb.2 In the midst of the street of it, and on either side of the river, was there the tree of life, which bare twelve manner of fruits, and yielded her fruit every month: and the leaves of the tree were for the healing of the nations.—14 Blessed are they that do his commandments, that they may have right to the tree of life, and may enter in through the gates into the city.15 For without are dogs, and sorcerers, and whoremongers, and murderers, and idolaters, and whosoever loveth and maketh a lie.—19 And if any man shall take away from the words of the book of this prophecy, God shall take away his part out of the book of life, and out of the holy city, and from the things which are written in this book.

If Adam was created immortal, which means “not subject to death”, there wouldn’t be a need for the tree of life because Adam would have been kept alive anyway – regardless of if he ate from this tree or not. Nevertheless, God created Adam with the idea and hope that he would never be disobedient. If Adam would have walked on the right path at all times, God would have made sure to always give him access to the tree of life and he would have been able to live forever. There wouldn’t be a need to die physically as long as the world is pure and like a paradise, and one day in the future we can experience a true paradise, as long as we make sure to remain children of God. Adam died spiritually when he sinned by eating of the forbidden fruit, and his cells started to go through an aging process. He died physically many years later, and all in all he lived 930 years.

Is. 59:2 But your iniquities have separated between you and your God, and your sins have hid his face from you, that he will not hear.

Eph. 2:1 And you hath he quickened, who were dead in trespasses and sins;2 Wherein in time past ye WALKED according to the course of this world, according to the prince of the power of the air, the spirit that now worketh in the children of disobedience:

Col. 2:13 And you, being dead in your sins and the uncircumcision of your flesh, hath he quickened together with him, having forgiven you all trespasses

Rom. 5:12 Wherefore, as by one man sin entered into the world, and death by sin; and so death passed upon all men, FOR that all have sinned: Rom. 7:9 For I was alive without the law once: but when the commandment came, sin revived, and I died.

God says that he who sins shall die, and he refers to a spiritual death. It’s certain that we are all going to die physically whether we sin or not, so if God would have wanted to express that ALL people will die spiritually (or that they are born spiritually dead), he wouldn’t have to single out the sinners. Those who choose to sin will die (spiritually) but not the others, and not those who repent for their sins and continue to keep themselves spiritually clean. Note that the salvation hinges on our own righteousness and what we DO. Not as though we can earn salvation by anything we do (or believe), and not as though we don’t need to be cleansed for our previous sins by God (later on in the blood of Jesus), but the fact of the matter is still that our behavior shows if we are children of God or not.

Ez.18:20 The soul that sinneth, it shall die. The son shall not bear the iniquity of the father, neither shall the father bear the iniquity of the son: the righteousness of the righteous shall be upon him, and the wickedness of the wicked shall be upon him.21 But if the wicked will turn from all his sins that he hath committed, and keep all my statutes, and do that which is lawful and right, he shall surely live, he shall not die.22 All his transgressions that he hath committed, they shall not be mentioned unto him: in HIS righteousness that HE hath DONE he shall live.