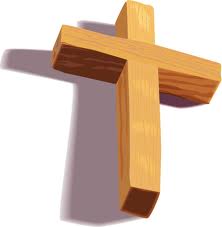 2 Thess. 2:13 But we are bound to give thanks alway to God for you, brethren beloved of the Lord, because God hath from the beginning chosen you to salvation THROUGH sanctification of the Spirit and belief of the truth

Some people get confused about this verse because if read in a vacuum, it looks like God is choosing certain individuals to believe from the foundation of the world, contrary to what the rest of the Bible says (whosoever can be saved if they choose to believe), but look what happens if we highlight another passage in the verse:

2 Thess. 2:13 But we are bound to give thanks alway to God for you, brethren beloved of the Lord, because God hath from the beginning chosen you to salvation THROUGH sanctification of the Spirit and BELIEF OF THE TRUTH

As you can see the CONDITIONS for being saved can be seen in the verse, and they are the same old conditions which can be seen throughout the whole Bible. We are constantly reminded of that we must REPENT from our sins so that we can be cleansed/righteous/justified/sanctified, and that we must BELIEVE in Jesus Christ. When we are led by the Holy Spirit we can get sanctification, and it’s THROUGH belief in the TRUTH that we are saved. The rest of this chapter confirms our free will.

3 Let no man deceive you by any means: for that day shall not come, except there come a falling away first, and that man of sin be revealed, the son of perdition;4 Who opposeth and exalteth himself above all that is called God, or that is worshipped; so that he as God sitteth in the temple of God, shewing himself that he is God.—8 And then shall that Wicked be revealed, whom the Lord shall consume with the spirit of his mouth, and shall destroy with the brightness of his coming:

Paul is writing to christians and he warns them to not be DECEIVED, which of course would be an unnecessary warning unless it could potentially happen. He is also informing them that there will be a falling away (christians leaving Christ) before the Antichrist will appear (the son of perdition). The Lord will later consume Antichrist with the spirit of his mouth and that will be at his second coming (hence the pretribulation theory could not be true since there will be christians around during the time of Antichrist).

10 And with all deceivableness of unrighteousness in them that perish; because they received not the love of the truth, that they might be saved.

Here Paul confirms that those who perish do so BECAUSE of their unrighteousness and because they received not the love of the truth. Had they done so, this WOULD have saved them! It certainly looks like the same story as in Romans 1, where people hardened their heart to the extent that God gave them over to a reprobate mind.

11 And for this cause God shall send them strong delusion, that they should believe a lie:12 That they all might be damned who believed not the truth, but had pleasure in unrighteousness.

Due to their own refusal to believe the truth and due to their wickedness, God will send them confusion (just like he did in Romans 1), resulting in that they believe in a lie (or rather that they will believe in this lie with even more power than before). This will eventually lead to damnation and that is their own fault because they preferred to live in unrighteousness rather than seeking the only true God who could save them.

13 But we are bound to give thanks alway to God for you, brethren beloved of the Lord, because God hath from the beginning chosen you to salvation through sanctification of the Spirit and belief of the truth:14 Whereunto he called you by our gospel, to the obtaining of the glory of our Lord Jesus Christ.

We are saved through FAITH (belief in the truth) and we get sanctification through the Holy Spirit when we repent and walk in the light. We are called to do so by the gospel (faith comes from hearing the Word) and we obtain all the richness that can be found in our Lord Jesus Christ. When God calls us, the idea is that we accept the calling and come to him in order to get saved.

15 Therefore, brethren, stand fast, and hold the traditions which ye have been taught, whether by word, or our epistle.

Paul tells the christians to STAND FAST and to HOLD the traditions that they have been taught (something THEY must do because God certainly isn’t going to do this for them), implying that they are not predestined to do this by any means. He encourages them to walk this path, knowing there is always a possibility they won’t. Paul wouldn’t spend valuable time encouraging people and warning them about dangerous scenarios unless there was a chance they could stray away.