Excerpts from an article in The Times of Israel from Dec. 24th 2012 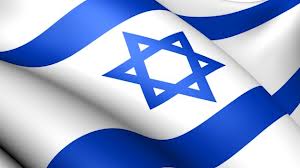 “Israel’s policy on issuing guns is restrictive, and armed guards at its schools are meant to stop terrorists, not crazed or disgruntled gunmen, experts id Monday, rejecting claims by America’s top gun lobby that Israel serves as proof for its philosophy that the US needs more weapons, not fewer.

“Far from the image of a heavily armed population where ordinary people have their own arsenals to repel attackers, Israel allows its people to acquire firearms only if they can prove their professions or places of residence put them in danger. The country relies on its security services, not armed citizens, to prevent terror attacks.”

“Israel never had “a whole lot of school shootings.” Authorities could only recall two in the past four decades.”

“Because it is aimed at preventing terror attacks, Israel’s school security system is part of a multi-layered defense strategy that focuses on prevention and doesn’t depend on a guy at a gate with a gun.”

“Gun lobbyists who might think Israel hands out guns freely to keep its citizens safe might be less enamored of Israel’s actual gun laws, which are much stricter than those in the US. For one thing, notes Yakov Amit, head of the firearms licensing department at the Ministry of Public Security, Israeli law does not guarantee the right to bear arms as the US Constitution does.”

“Gun licensing to private citizens is limited largely to people who are deemed to need a firearm because they work or live in dangerous areas, Amit said. West Bank settlers, for instance, can apply for weapons licenses, as can residents of communities on the borders with Lebanon and the Gaza Strip. Licensing requires multiple levels of screening, and permits must be renewed every three years. Renewal is not automatic.”

“The gap between Israeli gun ownership and US gun ownership is consequently staggering. A total of 170,000 guns are licensed for private use in Israel, or about one gun for every 30 adults.”

“By contrast, US authorities estimate that at least one-third of all American households have firearms — and in many cases, not only one.”

“Eighty percent of the 10,000 people who apply yearly for licenses are turned down, he said. In the US, people can purchase firearms from private dealers without a background check or a license of any kind.”

“In Israel, applicants must undergo police screening and medical exams, in part to determine their mental state, Amit said.”

“Anybody who possesses a legally acquired gun waives the right to confidentiality, and authorities cross-reference for new information about the gunholder every three months.”